When you come to the Ukrainian Centre, you are participating in an organization that has been around for 97 years, making it easily Canada’s oldest surviving ethnic organization.

The Association of United Ukrainian Canadians was born in Winnipeg in 1918, when the Ukrainian Social Democratic Party of Canada and the newspaper Robochi Narod (Working People) and the Volodymyr Vynnychenko Drama Circle, spearheaded construction of a hall to serve as a centre for educational, cultural and humanitarian activities.

They formed the Ukrainian Labour Temple Association (ULTA) to run the centre, and started programs to benefit “Ukrainian working people and the cause of labour as a whole.” The original Hall is now a Historical Site on Pritchard Ave. and MacGregor St. in Winnipeg, serving as the home to our National Office and host to countless cultural and educational activities. 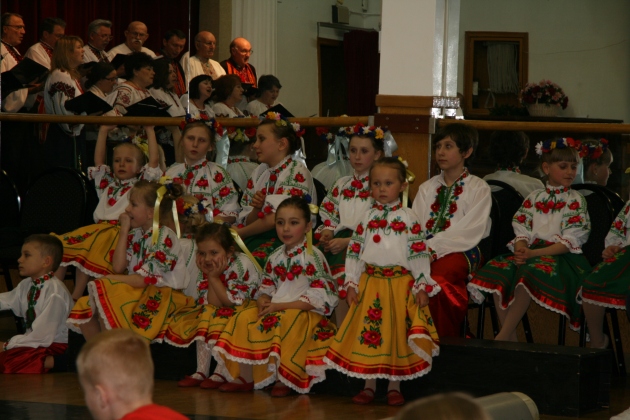 Ukrainian Canadian communities across Canada took note, many having already started cultural and educational activities. ULTA branches sprang up across the country, founding libraries, dance and drama groups and Ukrainian children’s school, as well as classes to tackle the widespread illiteracy that was plaguing so many Ukrainians who came to Canada in the ‘first wave’ (1891-1914, and the early 1920’s).

Since then, our association has built a proud heritage, in spite of discrimination, hostility and repression, often stoked by ‘war hysteria’. In 1924, it changed its name to the Ukrainian Labour Farmers Association (ULFTA), and remained as such until 1940, when it was shut down by the Canadian government with much of its property confiscated under a War Measures Act. This led to a name change in 1942, when the Association of United Ukrainian Canadians (AUUC) was born to carry on the proud history of Canada’s largest and most active Ukrainian Canadian organization. For more information about the Association, go to www.auuc.ca.

Edmonton’s Branch #2, formed in 1920, has long been one of the strongest and most active in Canada. It has also been one of the most financially robust, thanks to the generous donations of time and money from past members, but also because of Gaming and Lottery proceeds from casinos and bingos. Our branch opened its first hall in a refurbished church on 96th St. in 1922, and erected the current Ukrainian Centre on 97th St. in 1951.

Send a cheque to or pay in person at: